Watch out for Sneakypull derailers if you're using friction shifters

One of the main advantages of friction shifters used to be that it works with basically any set up - any derailer, any crank and any cassette, allowing riders to ignore almost all of the overly complicated compatibility rules that goes along with indexing. At least, that was the case until Shimano started designing derailers, both front and rear, that only work with brifters or trigger shifters. They haven't done it across the board and friction shifters still kinda work with the derailers in question but don't feel nearly as good as they usually do and make it really hard to find and keep the gear you want. We're friction fans, so this is a big deal to us.

We used to always spec Claris front derailers on Clem completes, but had to switch after Shimano changed the design and we ended up with a container full of bikes with front derailers that barely worked with the shifters we specified. We ended up taking all those front derailers off and replacing them with whatever non "tall-arm" fronts we could get our hands on. Here's a picture of the bad tall-arm Claris: 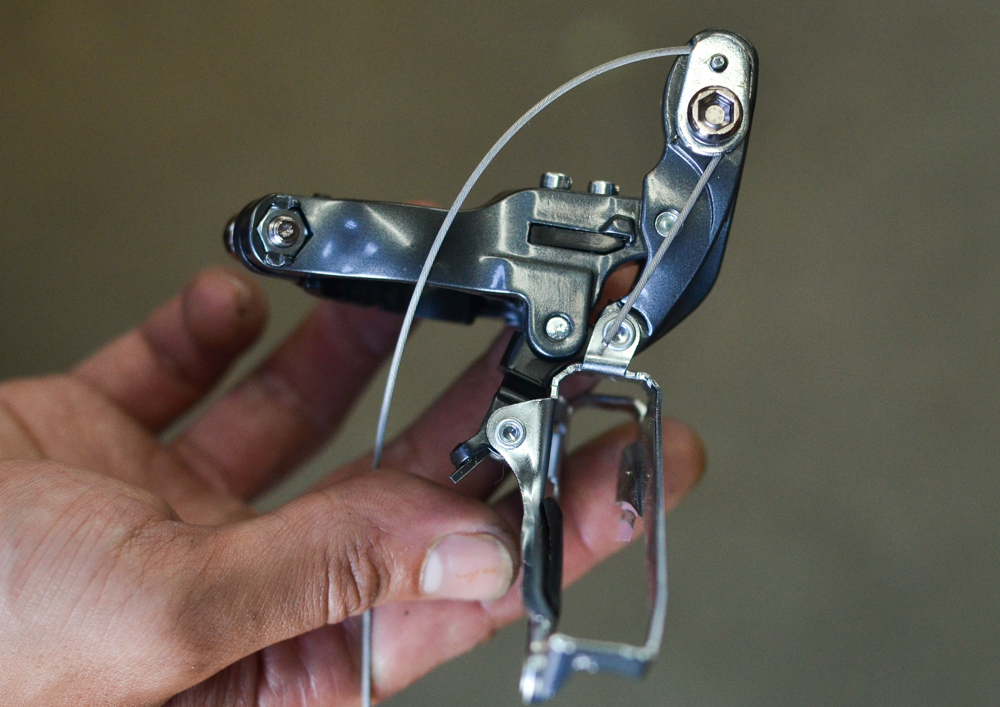 The tall arm and the angle at which the cable approaches the pinch bolt (pinch plate in this case) changes the amount of leverage needed at the shifter to move the derailer over. This pull actuation works with indexing brifters and triggers but it's terrible with friction shifters. It's a shame too, because it's not like the older style of cable pull was bad with indexing shifters, they still worked perfectly and they were backwards compatible with whatever old Suntour downtube shifters were in your parts bin. Here's a pic of a normal pull front derailer for comparison: 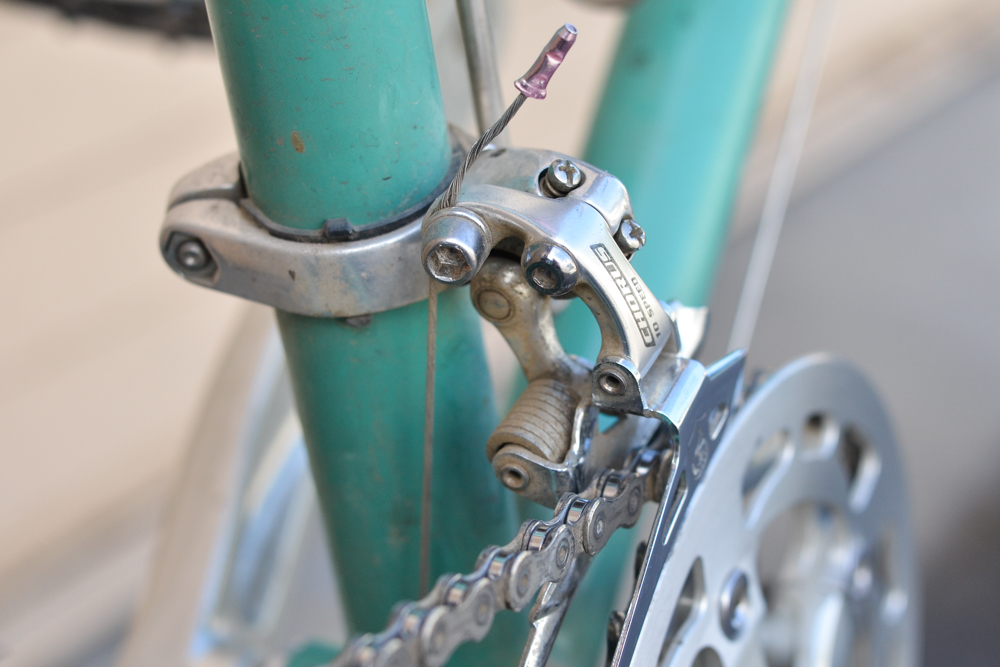 And check out Shimano's current middle-o-the-range front derailer line up: 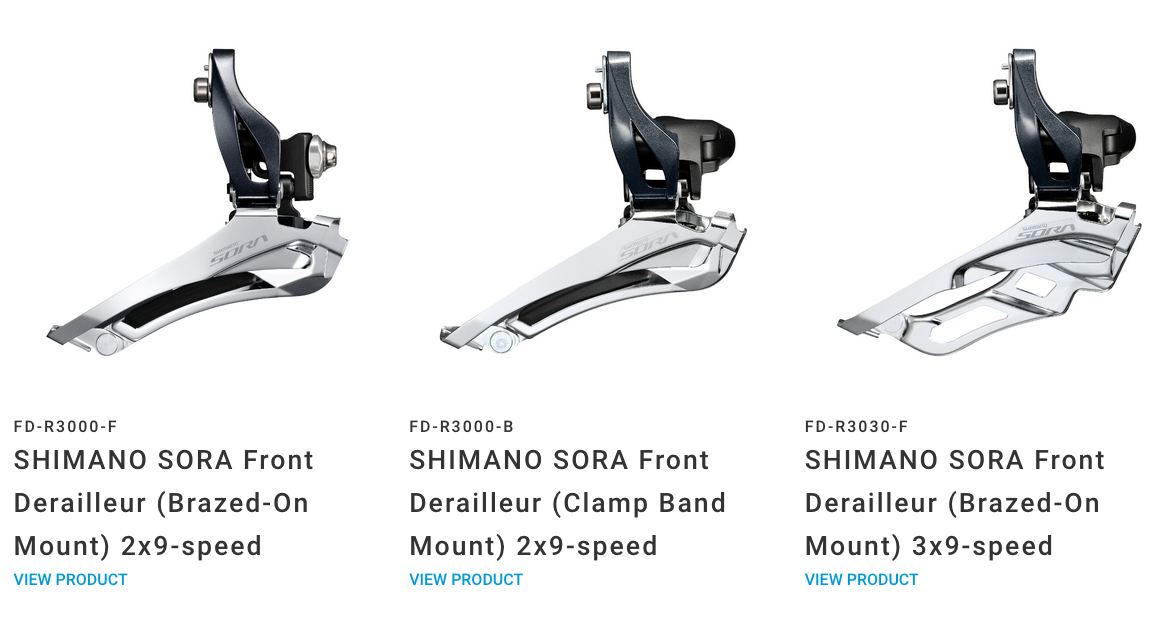 These look better than the XTR linked above, but the arm profile is still no good for friction shifting. I'm calling this style of friction-unfriendly cable pull SneakyPull.

I thought Sneakypull was just a front derailer problem until I got a newer Tiagra rear derailer for my Homer and had the worst time trying to use Silver2 shifters. I thought I must just be terrible at shifting friction until Mark pointed out that the Tiagra has a similar new pull actuation that the Claris and Sora fronts have. Here's a pic of a newer Tiagra: You can see how the cable has to take a sharp turn as soon as it leaves the housing arm, and how far away the pinch bolt is: Here's the cable routing on an older Tiagra: Looking at them both you can see how the top one would require more effort at the shifter to pull the spring out of it's slackest position which is what makes friction shifters feel gross.

I also had a lot of trouble finding and holding gears, but I haven't quite figured why that is. Mark might know why, but he's not here. Vince thinks it might have to do with the angle of the spring, and I'm sure someone reading this knows exactly why. I switched to a SunXCD derailer we had here as a sample and I'm back in friction shifting heaven.

Basically the point of this is: avoid these Sneakypull derailers if you want to use friction shifters. All the derailers on our site are safe. We don't carry any front derailers right now, but we have a ton of good ones on order and they'll be 100% friction compatible. It sucks to even have to point that out, because everything used to be friction compatible. It's just another bummer thing to remember in the world of overly complicated bike parts. I hope Shimano doesn't switch all their derailers over to this style and that other manufacturers don't follow suit, but if they do hopefully it takes them long enough that we'll have our own rear derailer to sell by then - although that's not a done deal yet.
-will